Ending of my Takayama series with a food review entry!

Sakaguchiya is another restaurant/eatery that we didn’t plan to visit initially. After reaching Takayama, we reviewed our hotel’s list of recommended restaurants, plus with some googling …… and from there, decided to pencil in a visit to Sakaguchiya for an early lunch after our morning walkaround the markets and in Takayama Old Town (Sanmachi).

It is also great that Sakaguchiya is located right in the row of old townhouses in the Sanmachi district ….. and which we will need to walk pass by again after visiting the Miyagawa Market and on route back to our hotel.

Didn’t mange to snap pictures of the entrancce, but got some of the interior. The restaurant itself has a more rustic feel, in part due to the dark brown wood interior. 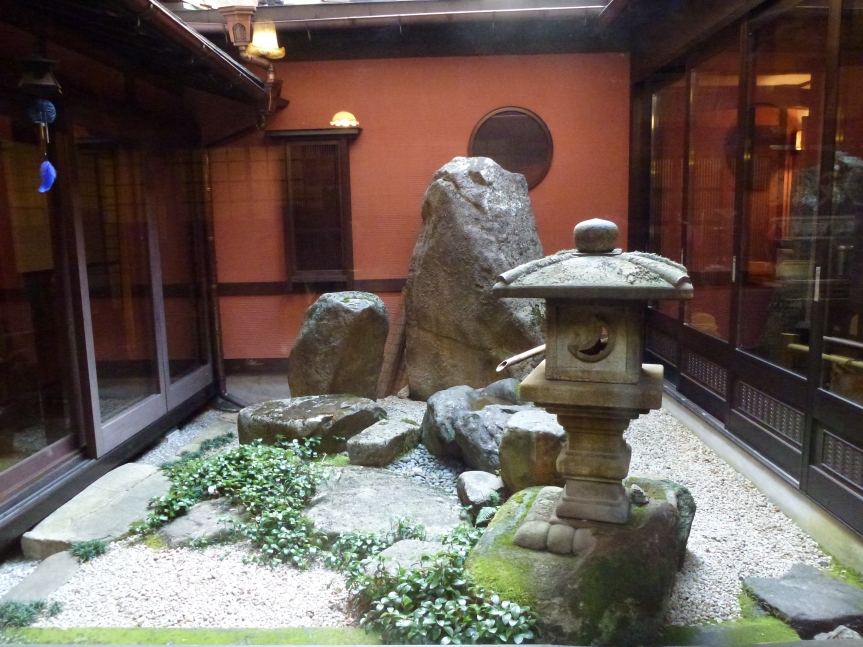 After ordering and while waiting for our food, I ventured a bit around the restaurant and spotted this garden at the back of the restaurant. They did a great job in preserving this garden – as a reminder of Takayama’s history.

Based from what I have googled, Sakaguchiya is famous for their Hida Beef dishes. With reference to the English menu here – one can indeed be spoilt for choice 😛 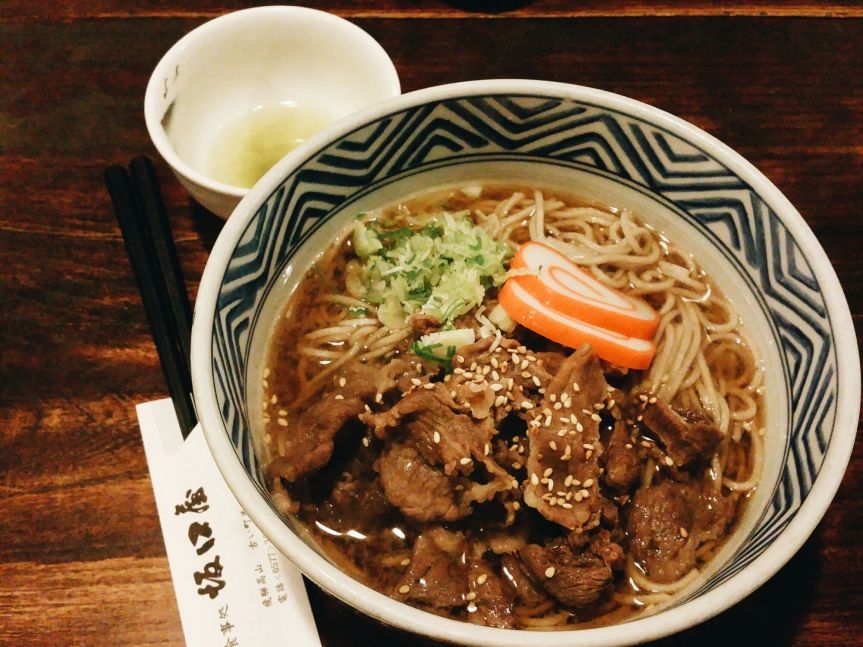 In the end it was a close call between the Hida Beef Bowl, Hida Beef Steak Bowl and Hida Beef Soba. Since we decided in the morning to go back to Keichan-ya for dinner  to check out their other dishes (my plan is to try their Hida Beef with Hoba Miso) …… my final choice was to have the Hida Beef Soba – given that it was an early lunch, and my preference for something soup-based (after having buns, sandwiches along our walk).

The soba which most of us have more commonly will usually be cold soba (i.e. zaru soba), warm soba (with tempura), cha-soba (i.e. green soba). So to me, hida beef with soba is probably something different as I do not see this combo back in Singapore whenever I dine in Japanese restaurants.

The nice thing about the entire dish is that hida beef gives the broth sweetness – which is something different from the more common kake (hot) soba. However, with the hida beef in thin slices, it was a bit difficult to savour the taste and texture of it. As I blog now 6 months later, I regretted not trying the Hida Beef sushi or the Hida Beef Steak bowl to better savour the Hida Beef taste.

On another note, the local hida soba was very flavourful, together with the hida beef infused broth, made it a very refreshing combination.

Sakaguchiya’s menu has a great variety of items, including non-hida beef based items for some who may not want to have beef. All in all, one of the restaurants to visit if you are in the Sanmachi district.

One thought on “Food Mission 2015: Sakaguchiya”