Felt like ages since I last enjoyed a long weekend that went into a public holiday on Monday.

In fact, the Christmas long weekend began early for me starting from Friday (22nd December) which happened to be Winter Solstice. Since we made plans to eat out this year for Winter Solstice – it felt right for me to sort of take the day off and have an early start to the long weekend 😀

And so dinner @ Peony Jade was the 1st highlight. We opted for their signature ala-carte buffet dinner so that we could sample the various items on their menu (as versus to being restricted to a set menu of 8 to 10 courses) …… and out of 60 items on the menu, we sampled about 18 in total (not including desserts). It was a good experience and most importantly, time spent together doing something as a family 🙂 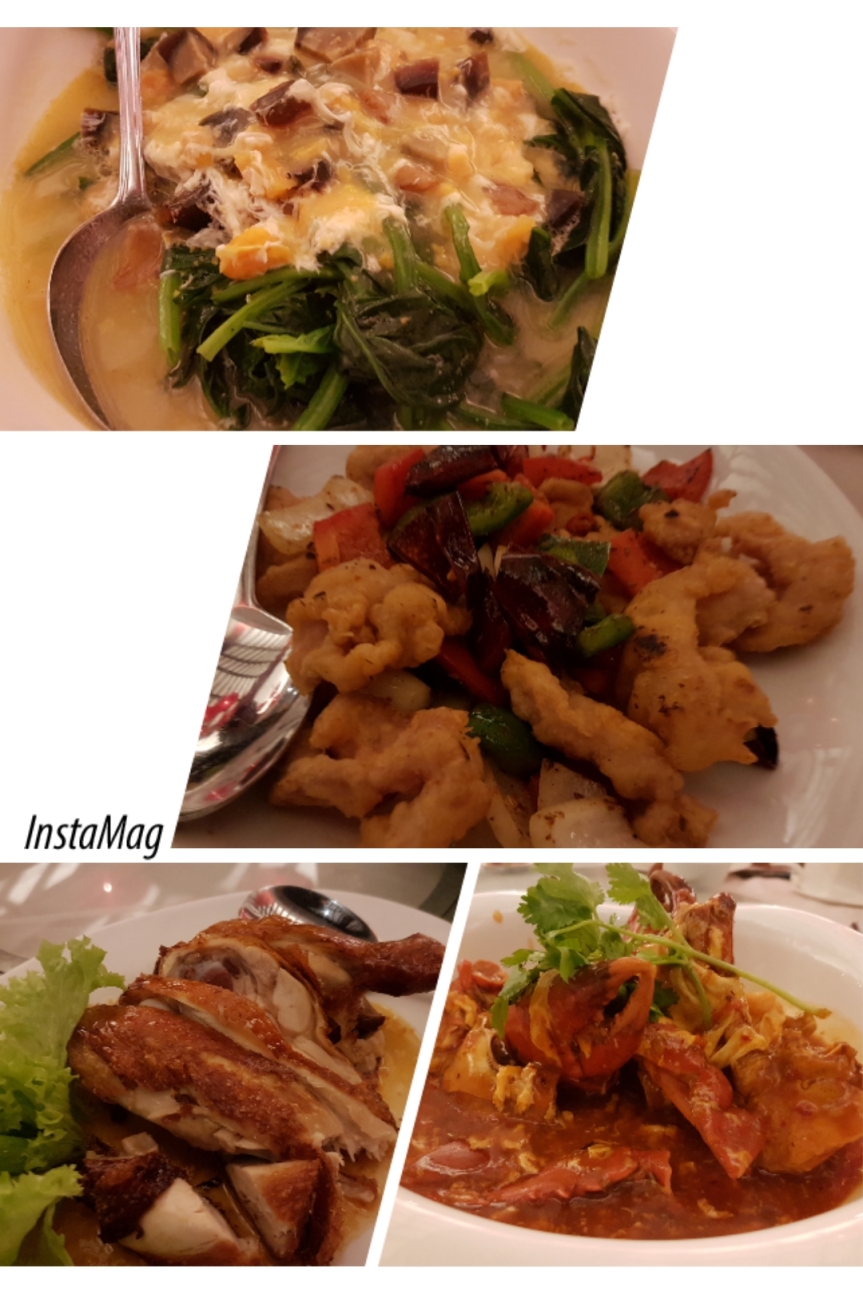 And then the weekend where I finally got to do not just 1 yoga class …… but at the same time a yoga workshop as well – my 1st yoga workshop after practicing for the past 1 year.

First up – back to 75 min Power class after a sort-of hiatus from tougher classes. Once again, same as when I previously attended K’s class, it was an arm-balance class where we become Crows + also exploring transitions into Tripod Headstand and EPK2.  Slight difference was since it was the Christmas season, and K was back at Yoga Lab for the 1st time in a while, the theme for the class was on ‘Community’ and coming together over the festive season. Even ended up striking a casual conversation with my mat neighbour as a result of this intention. Real moment of truth for me once again as I need to continue to build on both my arm strength and core strength, although I skipped some of the transitions due to slight throbbing tension headache on my left side *sigh*. Despite the challenging, and hot & sweaty class (due heat generated from within from practicing arm balances), for the 1st time ever, I went into a sea of blue (and flashes of green) at the ending Savasana …… which meant that my throat and heart chakras were at work – a recurring theme for me throughout this last quarter of the year!

The calories burned came in handy as it was Christmas gathering with the girls (or more accurately half the group) afterwards. Class at CBD / Telok Ayer worked out well into my schedule as it was 2 MRT stops from Telok Ayer to Fort Canning via the Downtown Line. Got the sushi that I set out to get at Medi-Ya @ Liang Court before heading down to G’s place next. Smaller, cosier gathering that was very last minute put together, but nevertheless left all ‘bad’/’negative’ feelings aside and had a good time with the food and fellowship …… especially when such gatherings are rare these days. 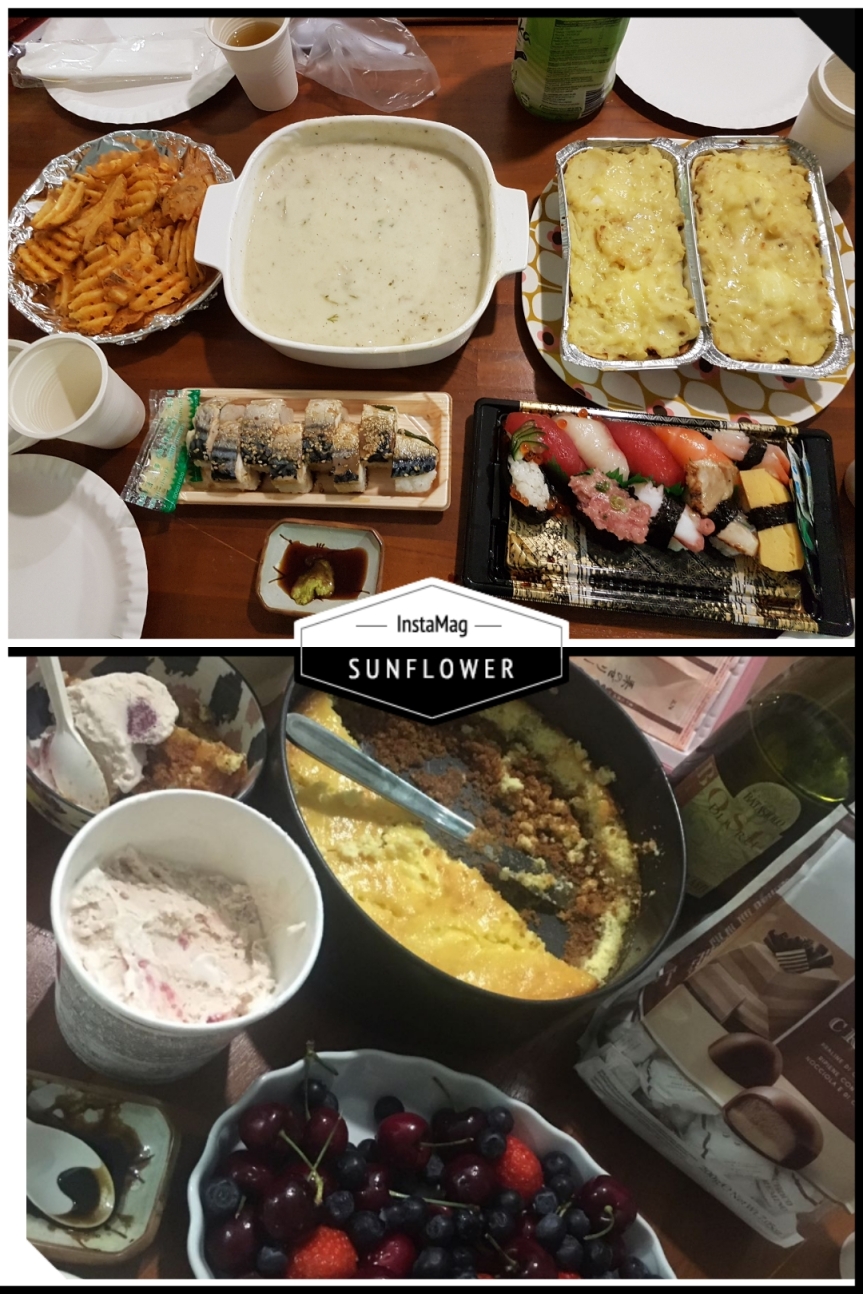 Side Note: The Lemon Cheesecake Z baked was so good that I had 2 helpings *gulp*

And since I had done 1 class on Sat afternoon, this meant that I could sleep in as planned (or else I would have headed out to Yoga Inc earlier for a class before workshop). Got up at 945-ish, which was not very late still …… BUT since workshop is at 1330 Hrs, did end up lapsing into a bad habit of dily-dalying around the house, and ended up leaving my house only at 1215 Hrs. Reached Bugis MRT a little after 1, and decided the best plan will be to grab a bread from Four Leaves (since I only had 2 small buns for breakfast) and hop onto a cab/Grab to Guillemard (since Bus 7 / 197 will take a while arrive based on SG Buses app and I will most probably just reach on time). However due to some miscommunication, the 1st Grab Driver I booked cancelled on me (the human jam at Bugis Junction basement also meant that I could not get up to level 1 taxi stand fast enough) …… dropped the idea of getting a bread and instead, proceeded to quickly book another Grab drive that thankfully got me to Guillemard with 5 min to spare 🙂

As mentioned above, 1st time doing a yoga workshop proper (signed up for it since Z happened to have signed up too) …… and this Christmas Eve workshop is on backbends. Thankfully, unlike arm-balances and inversions, backbends are a less weak aspect of my practice, no doubt helped a lot by the #survivederica Thursday backbend classes that I do every now and then (the tough drilling really did work!). As this Ekhart Yoga article eloquently puts it – Open Your Heart And Release Your Spine! In a typical back-bending class – we open up the front body (and spine) physically and eventually open up our hearts emotionally. Which sounds about right as I experienced my heart chakra (green colour) at work the day before in class, and after that put aside my misgivings/grievances for a while and managed to have a normal conversation even with L during the gathering. Back to the workshop proper – it was more of a 2 hour class where the warm-ups and prep poses are more in slow-motion, with various explanations in between the poses/drills which may not be possible in a 60 minute class setting. It was a good 1.5 hour worth of warm-ups and prep poses before the peak pose for the day – Wheel, Forearm Wheel and Dropbacks! The shoulder mobility exercises helped greatly, as this time round, I managed not to experience any strain on my right wrist. The 1st Drop Back was scary though as there was some fear and hesitation within me (when trying something out of my comfort zone), but managed to get into it thanks to ‘some support’ later in the workshop. Another asana that I will keep working on come year 2018!

After which, it was time for some much needed food (only had 2 buns for late breakfast and no lunch, which somehow worked well for backbending workshop) and catch up time with Z. Didn’t manage to eat at The Masses (as that was our original plan for Christmas catch-up) …… ended up instead at Wild Market and later at a new coffee joint Caffè Vergnano 1882 Singapore at South Beach – which was nice, cosy and not crowded.

After a busy weekend, Christmas Day itself will be a ‘slow-living’ day as I intended to just catch up with my drama backlog, and do some reading …… only to end up taking a long afternoon nap thanks to the hot weather!